Where does cellulite come from?

In the body without cellulite between the skin and muscle there are five to six millimeter fatty tissue, and when cellulite is present, this layer is increased by one to six centimeters.

Cellulite represents a deformity that forms under the skin on the body of a woman and consists of fat and accumulated toxins.

Cellulite is always followed by poor venous and lymphatic circulation. It is also called the orange skin,  because its texture irresistibly resembles the mentioned fruit.

The main causes of cellulite formation

The main culprits for the emergence of cellulite are genetics, improper diet with industrial foods full of additives and preservatives, smoking, alcohol, stress and insufficient physical activity. 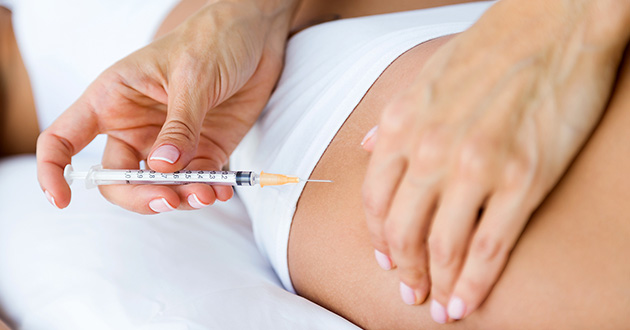 Where cellulite most often appears

As the cellulite problem lasts longer and increases, it is increasingly difficult to deal with, and the skin of the body becomes thinner and weaker over time. For the occurrence of cellulite are not important years, nor weight, because it also occurs in slender girls in puberty.

Dilations and protrusions on the skin of the body are the cause of uncertainty, and even sorrow in a large number of members of the more beautiful sex. Regardless of whether it is poorly noticeable, so that it can be seen only when the skin tightens or is very visible, cellulite requires a very serious treatment.

Before the onset of cellulite mesotherapy there was no way of removing it without surgery and long-lasting and poorly effective anti-cellulite massage. Mesotherapy is what cellulite can do to the past.

Mesotherapy is a non-invasive medical method for the application of specifically made cocktailavitamins, minerals, amino acids and other substances into the skin.

Mesotherapy has been studying for more than three decades at universities in France as a specialization.

Good mesotherapy cocktails contain substances that stimulate the elimination of excess fluid from the region with cellulite.

Mesotherapy increases the permeability of cells that are affected by poor local circulation, and thus allows the absorption of cocktail substances.

Needle kicks are also useful because it stimulates the production of collagen, which provides firmness to the skin.

Thin, elastic needles introduce a cocktail into different depths of the skin, depending on the severity of the skin and the skin type.

Mesotherapy of cellulite, depending on the region, lasts from fifteen minutes to an hour, after which the patient can return to his usual obligations. The procedure itself can be a little painful, but it is possible to use anesthetic in the form of cream in patients who are very sensitive.

Mesotherapy of cellulite has no recorded complications. A specialist doctor will evaluate for each patient the number of treatments will be needed to get the desired appearance.

The effect will be visible after two or three treatments. The optimum number of treatments is usually six to eight, after which the skin becomes firmer, sails, and the region decreases to the extent.

It is desirable to maintain the effect by one mesotherapy monthly for the next several months. In order to achieve the effect, a person needs to change the diet, inject enough water and introduce physical activity.

Mesotherapy of cellulite in Atlas Estetic

Atlas Aesthetics provides you with expert assistance in the fight against cellulite through education and mesotherapy carried out by specially trained specialists in plastic and reconstructive surgery. The experienced doctor will evaluate the general state of the organism, then the condition of the skin, the degree of cellulite development and recommend appropriate therapy.

In the treatment of cellulite, other antiaging methods with mesotherapy can also be combined.

Schedule your term today and get rid of unpleasant skin irregularities!